I wanted to give you all an update on the Freedom Star or Shining Star Quilt.  Here it is in all it’s finished glory, being held by the seven of us who made the blocks and pieced the quilt: 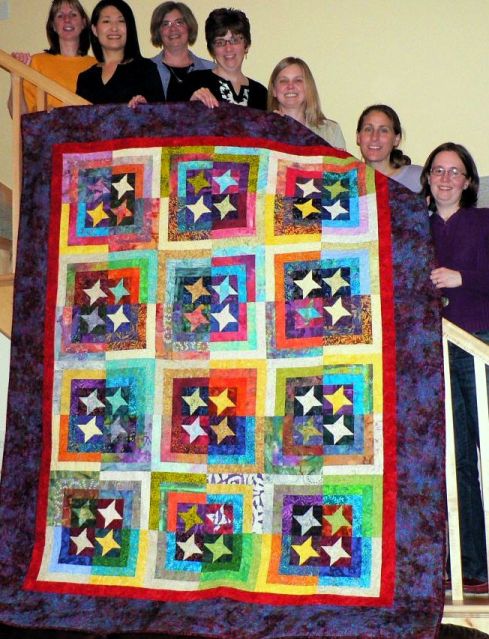 I had said it was a block exchange I was involved with, and well, in a way it was.  The seven of us in the photo above made the 49 blocks (one block is on the back as a label).  You see, the ultimate recipient of this quilt was my friend, Dawn.  And I had a feeling Dawn read this blog from time to time.  We had to keep the quilt a surprise.

She is currently training in Mississippi for her delpoyment to Afghanistan.  She’s a quilter, a mama, a nurse, and a Seargent in the Iowa National Guard.  A few weeks ago I said goodbye to Dawn at the Farewell Ceremony for her regiment, some 300+ soliders who were the final group to leave Iowa over the course of a few short weeks in July and August, Iowa’s largest deployment of soldiers since WWII! 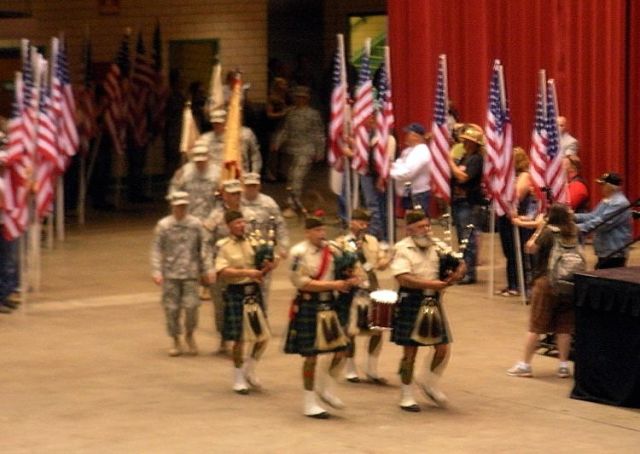 If you have never attended one of these, do yourself a favor and attend one.  It’s a moving experience from the Honor Guard of Veterans standing in support…  The children of the soldiers hugging their teddy bears for comfort…

The uniformed men and women proudly standing up to serve their country and perform the duty they have been trained for…. 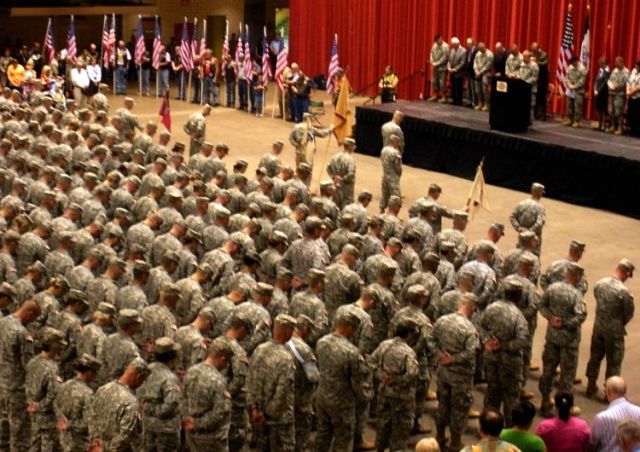 And an entire auditorium bowing their heads in silence and in prayer for our country, for our troops, and for our freedom.  I attended this one week after attending the military burial of my FIL, a Navy Veteran of WWII.  Both were emotional and moving events, each in their own way. 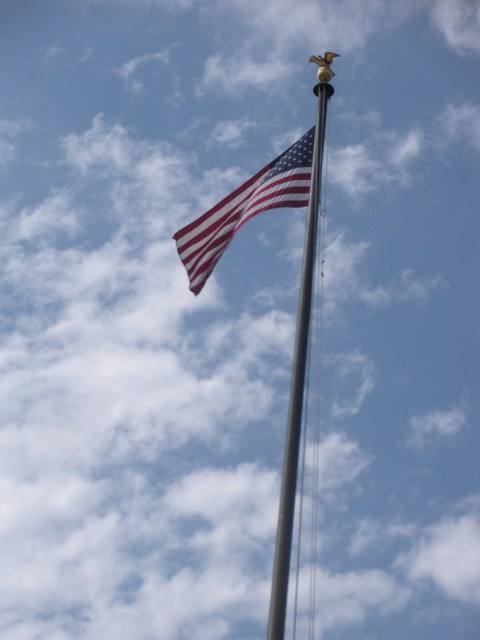 Dear Lord, I pray, that I may never take for granted the sacrifices that these soldiers are making for Our Country.  Keep our troops from harm’s way and bring them safely home.  Amen.